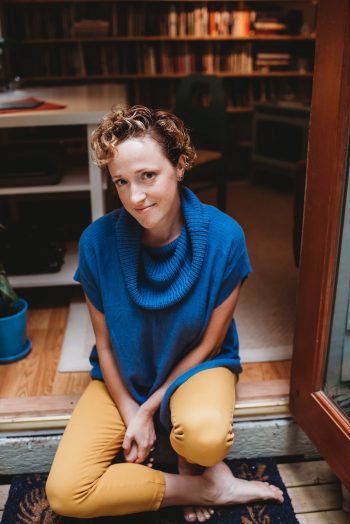 Writer and editor Keetje Kuipers (pronounced Kay-tcha Ky-pers) is the author of three books of poems, all from BOA Editions. Her first book, Beautiful in the Mouth, was selected by Thomas Lux as the winner of the A. Poulin, Jr. Poetry Prize. Named one of the top ten debut poetry books of 2010 by Poets & Writers, her first book also appeared in the top ten on the contemporary poetry bestseller list. Her second collection, The Keys to the Jail (2014), was a book club selection for The Rumpus, and her third book, All Its Charms (2019), was a finalist for the Washington State Book Award and includes poems honored by publication in both The Pushcart Prize and Best American Poetry anthologies.

Keetje’s poems, essays, and short stories have appeared in over a hundred journals and magazines, including the New York Times Magazine, Narrative, Tin House, VQR, American Poetry Review, Orion, Kenyon Review, and The Believer. Her poems have also been featured as part of the Academy of American Poets’ Poem-a-Day series, and read on NPR’s Writer’s Almanac.

Keetje has been a Wallace Stegner Fellow at Stanford University, the Katharine Bakeless Nason Fellow in Poetry at Bread Loaf, the Emerging Writer Lecturer at Gettysburg College, and the recipient of fellowships from the Lucas Artist Residency at Montalvo Arts Center, the Jentel Artist Residency Foundation, the Brush Creek Foundation for the Arts, and PEN Northwest’s Margery Davis Boyden Wilderness Writing Residency, among others.

Keetje has taught at universities across the country, including as an Associate Professor at Auburn University where she was Editor of Southern Humanities Review. While there she founded the Auburn Witness Poetry Prize in honor of Jake Adam York and directed the reading series at the Jule Collins Smith Museum of Fine Art.

Keetje was appointed Editor of Poetry Northwest in 2020. Her most recent editorial initiative was the founding of the James Welch Prize for Indigenous Poets, which is awarded for two outstanding poems, each written by an Indigenous U.S. poet. The prize is named for Blackfeet and Gros Ventre writer James Welch, whose early poems were featured in Poetry Northwest and who went on to become one of the region’s most important writers.

Keetje lives with her wife and children in Missoula where she is Visiting Professor of Creative Writing at the University of Montana. She is currently at work on a fourth book of poems, as well as a novel set in Wyoming and a memoir about the seven months she spent living alone and off the grid, two hours down a dirt road from the nearest human being. When she’s not writing, teaching, editing, or fishing, Keetje enjoys serving on the advisory board for the dual-language writers’ conference Under the Volcano, located in Tepoztlán, Mexico, and engaging in long Zoom conversations as a board member for the National Book Critics Circle.